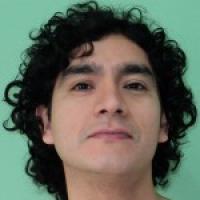 I am a practicing historian who understands historical research as inseparable from theoretical, literary and political construction of “history”. I strongly believe in the inter-connectedness of history and theory, and thus challenge the traditional distinction between historiography and theory of history/historiography. I work as researcher at the National Council of Scientific and Technical Research (CONICET) and as a teacher at the Department of Philosophy of the University of Buenos Aires (UBA). I received my PhD from the UBA and the École des Hautes Études en Sciences Sociales, France, in 2005.

Theoretically, my historiographic research on political history of Argentina (mainly the political movement of Peronism) centres on problems of gender, psychoanalysis, and Marxism. I have extensively published on these three topics. In 2000 appeared my book El sexo de la historia, in 2007 Freud y el problema de la historia, in 2009 Inconsciente e historia después de Freud, in 2012 Un revisionismo histórico de izquierda. I have also carried out research on the history of historiography. La trama profunda and La nación futura were published in 2005 and 2006. In 2009 appeared the first volume of my trilogy Historia crítica de la historiografía argentina, and in 2012 El hecho maldito, a book written in collaboration with Nicolás Quiroga

I am currently in the last phase of writing my larger project: a Marxist/Freudian history of the emotional and political construction of the popular attachment to Peronism in Argentina. This book, Crónica sentimental de la Argentina peronista, 1945-1955, will condense many years of work and reflection.