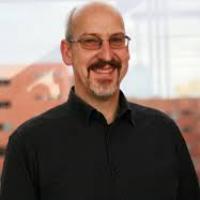 Dr. Wulf Kansteiner is professor of history at Binghamton University. His focus is on the representation and collective memory of World War II and the Holocaust in Germany, particularly mass media representations of the events in television, as well as their impact on postwar historiography and philosophy. Kansteiner is co-editor of the journal Memory Studies and author of In Pursuit of German Memory: History, Television, and Politics after Auschwitz, The Politics of Memory in Postwar Europe and co-editor of Historical Representation and Historical Truth.