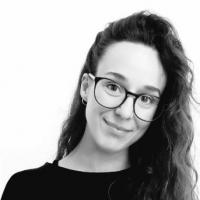 Rosinka Chaudhuri is Professor in Cultural Studies at the Centre for Studies in Social Sciences, Calcutta. She has been visiting fellow at the Southern Asian Institute, Columbia University, and Charles Wallace Fellow at Cambridge University.

Her articles have appeared in Social Text, Journal of Asian Studies, Interventions, Studies in History, Indian Economic and Social History Review, Modern Asian Studies, Seminar, and Economic and Political Weekly; she reviews for The Book Review and the Times Literary Supplement.

She has translated, for the first time, the complete text of the letters Rabindranath Tagore wrote to his niece Indira Debi and known to Bengali readers as the Chhinnapatrabali, calling it Letters from a Young Poet (1887-94). This will be published as a Penguin Modern Classic in March 2014.