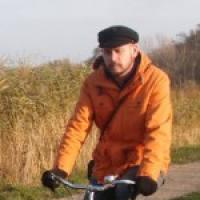 Dr Mihail Evans is Research Fellow at the Institute for Advanced Studies, NEC in Bucharest. He is a graduate of the Universities of Wales, Nottingham and Oxford. He completed a research thesis in Historical Studies at the latter under the supervision of Professor Sir Rees Davies. He has taught History for the Stanford University Centre in Oxford and for Oxford University’s OPUS programme for visiting American undergraduates. His doctoral thesis, ‘Jacques Derrida – A Politics’, was supervised by Peter Jowers, Jon Sellars and Iain Hamilton Grant. His monograph ‘The Singular Politics of Derrida and Baudrillard’ was published by Palgrave Macmillan in December 2014. His current interests include phenomenology, Europe and the philosophical study of nationalism and identity, the philosophy of sexuality and medicine as well as the interface of philosophy and historiography.