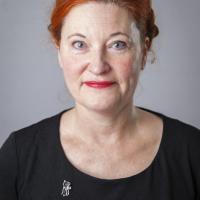 I am a Professor of Gender Studies at Stockholm University. My research profile is generally based in feminist cultural theory with a historiographical focus. I am currently interested in research on queer temporality, which involves theorizing alternative notions of time. Previously I have worked in the field of cultural memory studies and with various perspectives on the theory and practice of historiography.

Besides my publications in English, I have written three books in Swedish - thus in need of a short presentation. By studying now-forgotten literature, I wanted to problematise literary historiography’s consecration of a literary canon in my first monograph from 2002, "Ungkarlsflickor, kamrathustrur och manhaftiga lesbianer: modernitetens litterära gestalter i mellankrigstidens Sverige” [Bachelor Girls, Companionate Wives and Mannish Lesbians: Representations of Modernity in Interwar Sweden] ). In my second book from 2010, “Det sublimas politik: emancipatorisk estetik i 1800-talets konstnärsromaner” [The Politics of the Sublime: Emancipatory Aesthetics in 19th Century Artist Novels], I wanted to continue to problematise historiography in practice, this time by analysing the political consequences of the history of aesthetics. In “Ta tanke: feminism, materialism och historiseringens praktik” [Taking Thought: Feminism, Materialism and the Practice of Historicizing] from 2012, I continue to reflect on issues relating to the philosophy of history. The book title alludes both to taking the right to think and to the concrete materialisation of insights in a more theoretical sense. In line with this, I choose to consider literary works as responses to contemporary aesthetic and political issues, and as social practices rather than static objects.