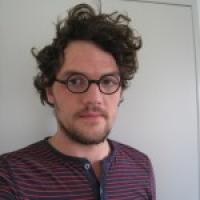 My research focuses on the collective memory of collaborators in Belgium’s post-war society. It is a socio-political study in the field of Contemporary History. It is generally accepted that the legacy of war had great impact on post-war Belgian history. The failure of any unifying national or patriotic memory of the war contrasts with the ways collaborators in Flanders and their sympathisers could create a strong and enduring narrative of victimisation. When the effects of the post-war purge in Belgium came to an end or were seriously moderated in the mid 1960s they had already succeeded in depicting it as an anti-Flemish, harsh and never-ending operation. Rather than making a representation study this research aims to demonstrate the genesis and success of this collective memory through two interdependent levels of inquiry: 1) the social frameworks of collaborators in which this discourse was developed, and 2) the reciprocal relations of collaborators with broader social groups, actors and parties. The unique case of Flemish collaborators does not only enrich the booming field of memory studies, but it also dovetails with the quest ions of identity and nationalism when comparing it with the lack of a hegemonic memory of Francophone collaborators. This difference will be explained through a structural and empirical analysis of sources that reveal the functioning of the organisations of collaborators and the ways in which other milieus connected and sympathised. Rather than illustrating the content and visible signs of this collective memory, I will explain the genesis and its success by mapping out the social frameworks that shaped the victimisation discourse of collaborators and the ways in which it was adopted, adjusted and reinforced in other social milieus. In general, this project dovetails with the growing international debate on the politics of memory. Social isolation and lack of a comparable hegemonic memory of collaborators in other Northern and Western-European countries increase the relevance of the Flemish case. Historical research that investigates how memory enables perpetrators to develop politics of recognition and restitution for past experiences is indeed remarkably scarce in the international debate. Furthermore, the question of how one particular linguistic and cultural setting could provide a breeding ground for a rather deviant but persistent memory while the other, French-speaking Belgium, created a more patriotic discourse is at the heart of the issues of identity and national self-determination. The same war and purge generated two different memories delimited by the constitutive communities of Belgium’s successive post-war state reforms. If memory can bind communities, diverging memories can also tear them apart. A socio-political study on the collective memory of collaborators in Belgium’s post-war society is therefore pressing. Rather than examining the materialisation of memory, the lieux de mémoire or acts of memorialisation, I will focus on the dynamic interaction between the self-constitutive memory community of collaborators and the established groups, actors and parties that authorised or promoted entry into the public domain. This approach dovetails with Maurice Halbwachs’ notion of “les cadres sociaux” in which the memories of collaborators must be situated to survive in the first place. The misleading conceptualisation of collective memory in psychoanalytical terms is avoided by analysing its success through the reciprocal relations of collaborators with other social milieus. Hence the project consists of two levels of empirical inquiry that will allow explanation of both the predominance of the discourse in Flanders and its absence in French-speaking Belgium: 1) How did collaborators organise and how did they downplay internal distinctions? How did they constitute themselves as memory communities? 2) Who are the prominent carriers and active users of the memory of collaborators as victims? How and for what purposes did other milieus sympathise?