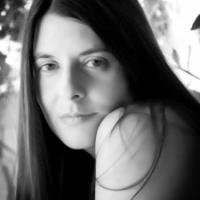 My primary area of expertise is modern European history with special focus on Ireland and Greece. My postgraduate work specialized on Ireland with a focus on the “Northern Troubles” (c 1968-97) and the political and intellectual impact this protracted conflict had on the Irish Republic and Britain. I’m also researching on Greece. I look at the ‘long’ Civil War period (1949-1974) and its effects on the socio-political fabric of the society, foreign intervention during the Cold War and its inhibiting effect on democratization, and the challenges a Greek non-aligned peace movement faced. I also explore the phenomenon of War-time collaboration in Greece at both state and personal level, the ways in which it differs from other European countries and how society and the political world remembers or forgets it. I am also a historiographer who has written on the question of ‘revisionism’ from a comparative, theoretical, and historical angle. I have written on the similarities and differences of the revisionist debates in Ireland and Greece. My research also incorporates a strong theoretical component with a focus on post-modernism, post-structuralism and post-colonialism. I have approached these theories from a critical, historicizing and trans-national perspective given that an important aspect of my research has been to explore how these theories have been applied, used and even misused in the historiographical debates surrounding the Northern Irish conflict and even more so in the debate on the pros and cons of historical revisionism. My monograph, ”Trials of Irish History: Genesis and Evolution of a Reappraisal, 1938-2000” (Routledge, 2006) recounted the efforts of a new generation of Irish historians who spearheaded a less nationalistic history. In the 1980s at the height of the Troubles this revisionist school was harshly criticized by those who were still sympathetic to Irish nationalism and concerned lest it might undermine the foundations for a united Ireland. They accused their rivals of being philosophically naïve, methodologically archaic and of being witting or unwitting mouthpieces of the reactionary ideologies of English colonialism and Protestant Unionism. Most of these accusations were heavy-handed and often not historically informed, and I made the objective of my book to historicize Irish revisionism. I therefore employed my background in theory to revitalize a debate which had, admittedly, by 1990s lapsed into sterile polemics and become exhausted because no one had really looked at it from a comparative and interdisciplinary angle. My book was reviewed in History Ireland, Irish Historical Studies, 20th Century British History, twice in English Historical Review, Journal of Contemporary History, American Historical Review and Field Day Review. I am now in the process of laying down the groundwork for a more ambitious work on ”Revisionism in the West” in which attention will be drawn to revisionism both as a practice and concept. I’m interested in understanding processes of epistemological and intellectual transfer, resistance and change.