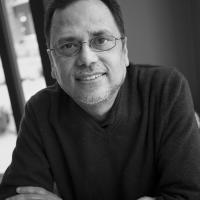 Dipesh Chakrabarty is the Lawrence A. Kimpton Distinguished Service Professor of History and South Asian Languages and Civilizations at the University of Chicago. He has taught at the University of Melbourne and the Australian National University before. He is the author of many articles and books including The Calling of History: Sir Jadunath Sarkar and His Empire of Truth (2014, forthcoming), Provincializing Europe: Postcolonial Thought and Historical Difference (2007;2000), Habitations of Modernity: Essays in the Wake of Subaltern Studies (2002), Rethinking Working-Class History: Bengal 1890-1940 (2000; 1989). He is founding member of the editorial collective of Subaltern Studies, a founding editor of Postcolonial Studies, and is a Consulting Editor of Critical Inquiry. Chakrabarty is currently working on a book on climate change and a collection of essays on history and the problem of presentism. Chakrabarty was elected a Fellow of the American Academy of Arts and Sciences in 2004 and an Honorary Fellow of the Australian Academy of the Humanities in 2006.