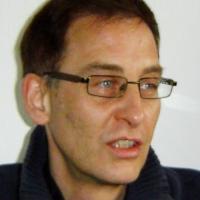 BIO:  Ari Helo (Ph.D) is a Senior Visiting Research Fellow at the University of Helsinki. Before his current position he has held lecturer positions in Intellectual History, American Studies, and Cultural Studies at three Finnish universities. He has also worked as an ASLA-Fulbright Fellow and as the Academy of Finland Research Fellow at the University of Virginia and the University of Helsinki for several years. Helo's books and scholarly articles have been published in Britain, Denmark, Estonia, Finland, Hungary, the Netherlands, Russia, and the United States. His several monographs include Thomas Jefferson's Ethics and the Politics of Human Progress (Cambridge University Press, 2014) and History, Politics, and the American Past: Essays on Methodology (Routledge, 2020).