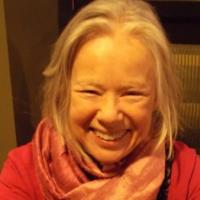 Ann Rigney holds the chair of Comparative Literature at Utrecht University. More information at www.rigney.nl
Ever since her PhD thesis, published as The Rhetoric of Historical Representation: Three Narrative Histories of the French Revolution (1990), Ann Rigney has been fascinated by the intersections between historical narrative, fiction, collective identity, and contestations of the past. She has published widely in the field of modern memory cultures, with projects both on the nineteenth century and on contemporary developments. She has played an active role in the development of cultural memory studies with a particular focus on issues relating to mediation and (trans)nationalism.
Recent publications include The Afterlives of Walter Scott: Memory on the Move (Oxford UP 2012); Commemorating Writers in Nineteenth-Century Europe: Nation-Building and Centenary Fever (Palgrave 2014; edited with Joep Leerssen) and Transnational Memory: Circulation, Articulation, Scales (de Gruyter 2014; edited with Chiara de Cesari).
She coordinates NITMES (network in transnational memory studies): www.nitmes.nl.

She is a project leader in the COST project ISTME (In Search of Transcultural Memory in Europe): http://transculturalmemoryineurope.net/